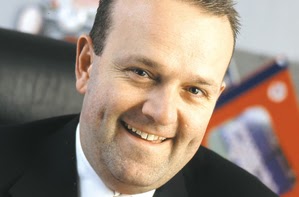 "Twins Fans. It's been a rough start to 2012. We here at the Minnesota Twins are especially disappointed by the way this season has gone, especially after having sat through 2011. In 2011, when things were going bad, we took what we thought was every available measure to achieve baseball's worst record and secure the #1 overall draft pick for 2012: we made sure that Joe Mauer and Justin Morneau were never at Target Field -- never even in Minnesota, in fact -- at the same time; we traded away Jim Thome, the only player that was able to hit home runs; we even gave Drew Butera 254 plate appearances. 254! We made you watch Tsuyoshi Nishioka, Rene Rivera, Steve Holm, Jim Hoey and Phil Dumatrait, and we put Matt Capps (Cappy, around here) into the rare games when we had a lead or were tied. In short, we did what we thought was necessary. We came close, but fell short. And that's not good enough around here.

"I'm here today to announce that the Twins, as of today, are officially `All In' on achieving the worst record in baseball. We're off to a good start: 10-26. You might say that we're pretty much killing it! Our .278 winning percentage puts us squarely in first place with respect to achieving next year's 1st overall draft pick. San Diego is our closest competition right now, with a .351 winning percentage, but we think we have a winning plan in place, and I want to share that with you today.

"First, Jason Marquis will stay with this team. What you saw him do yesterday is exactly what we want him to do all season long. His ERA, at 6.68 right now, is OK. To add what we here like to call the ol' `carrot and stick' situation, we have restructured his contract with certain performance incentives. If he finishes the season with an ERA over 7.5, that's an extra $1 million. For every start where he can't get out of the 4th inning, that's $50,000. You get the picture: these guys respond to money, and we know that. But that's not all. You saw that we brought Drew Butera back up. He's off to a fast start, batting .200, but we know he'll slow down. He should get at least 250 plate appearances this year, and there's a little something for Gardy on the side if that number creeps higher.

"We're not limiting ourselves to current players, either. I was just in Aruba speaking with Sidney Ponson. You remember what he did for us in 2007, right? We here at the Twins think he can do it again. He's only 35. He's been doing a lot of fishing lately. He said that the casting motion has really kept his arm in shape, so we can only assume that he'd be ready to go. If Scott Diamond looks too dominant, Ponson might be making the flight up to Minneapolis.

"When's the last time you have seen Joe Mauer and Justin Morneau play together? It's been a while, right? Coincidence? Maybe; maybe not. And yes, while Joe Mauer has been healthy enough to play, we've taken what you might call "measures" to ensure that he is not overly productive. I don't know if you've seen the movie Misery with Kathy Bates and James Caan, but let's just say that, in that back room behind the clubhouse -- that room that media doesn't have access to -- there's a little area set up to `regulate' Mauer's knees in the event that he starts hitting for too much power. We call it the `Hobbling Corner.' So far this season, it's mostly just served as a looming threat to Joe, but I think you'd agree that it has worked well to date.

"Finally, we're going to be looking right within our own state for some homegrown talent. Twins fans know that, year in and year out, we scout the local high schools and colleges, and usually draft at least a few players from right here in Minnesota. Right now, we're looking specifically at at pitcher from the Staples Motley VFW baseball team. He gets it up there around 73 or 74 miles an hour, and has good control, which you know is what we look for. He's 15, so it might get a little sticky with those so-called "child labor laws" and what not. But we think that he could provide bullpen depth as the season goes on after we trade away Glen Perkins and anyone else with an ERA under 3.5. Most of our scouts have been assigned to watch this kid's starts, especially against teams like Peqout Lakes and Brainerd -- you know, where the competition is a little stiffer. Is it crazy to send a 15 year old kid right to Target Field? Maybe. But might it be `genius crazy?' We think so.

"In closing, Twins fans, I know it's been a rough 13 months of Twins Baseball. We're trying to right the ship as best we can. And sometimes you have to think outside the box. The plan we have in place, though radical, will work. Give it a chance. In the meantime, keep coming out to Target Field this summer. You have literally no idea what you'll see on any given night."
Posted by Andrew at 9:14 AM