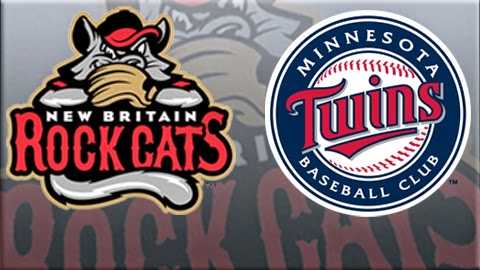 I happened to catch an interview on WTIC radio with Rock Cats' owner Josh Solomon on my way home from work this evening. A few of Solomon's comments directly relate to other things I have written in the last couple weeks (and, really, this blog), so I wanted to pass along some of his words, insofar as they relate to the Twins-Rock Cats affiliation.


So there you have it. No, nothing's set in stone yet. And if the last few days have taught me anything, it's that minor league baseball in Connecticut is a business first and foremost. That being said, it sounds like both sides -- the Twins and the Rock Cats' ownership group -- are happy with the current relationship. I'll pass along any other news either here on the blog, or on twitter.
Posted by Andrew at 7:09 PM