It's one thing to predict an Opening Day lineup after things begin to shake out in Spring Training. It's another to do it a full month before pitchers and catchers arrive. So in the spirit of good fun, what follows is my January 26, 2014 prediction for the New Britain Rock Cats' Opening Day lineup. As you can see, the first several spots in my batting order pack a little punch. Between guys like Byron Buxton and Danny Santana that hit and have speed, and guys like Miguel Sano and Kennys Vargas (throw in C.J. Ziegler, too) with power, this is an offense that should score some runs. Danny Ortiz and Matt Koch are no slouches, either!

Predicting the Opening Day starter is more or less impossible. Part of me wants to say Alex Meyer. I don't think there's any way he's joining the Twins to begin 2014, but the real question is whether his injury-plagued 2013 regular season temporarily stunted him. In other words, I tend to think that both Meyer and Miguel Sano could start in New Britain, but would be eligible to be promoted after just a month or so. If he's in New Britain, Meyer should be the Opening Day starter. But I'm going to predict that Meyer will join Trevor May and start 2014 at AAA Rochester. Instead, I think D.J. Baxendale, who was unstoppable at High-A Ft. Myers, but struggled considerably in New Britain, will get the nod. This is a big year for him.

**This particular pick involves a little of my own personal bias. Let me explain. Part of the bias is because I want to see him play a few more games at AA because, well, that's where I go see baseball games. The other part is my opinion (admittedly, not a scout's opinion) of his play last summer. There was still work to be done on defense, and I really want to see him become even more willing to take a walk (I recall several at-bats where he'd swing at a questionable -- not hitters -- 3-and-1 pitch, when it very likely would have been ball 4). Can he make those improvements during Spring Training and at AAA? Certainly. Is there a little less stress for him to do it in New Britain? Perhaps. Finally, his health is still a question. Yes, all indications are that his elbow is in much better shape, but I'm not ready to believe that until I see him in the field throwing bullets to first base without effort. I'll be happy with any decision, aside from sending him to Minnesota to begin the season.

In the end, I bet I'm about half right on the players. Buxton, Vargas, Ziegler, Ortiz, Koch, Michael, seem locks. 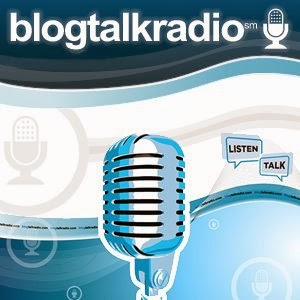 Posted by Andrew at 6:50 PM No comments:

Here's some good trivia: In 2013, 9 former Rock Cats players made major league debuts: Caleb Theilbar; Josmil Pinto; Oswaldo Arcia; Aaron Hicks; Chris Colabello; Michael Tonkin; Kyle Gibson; Andrew Albers; and Brock Peterson. With the exception of Peterson, who saw some time with the Cardinals, the other 8 players wore Twins uniforms. I've been attending Rock Cats games for about 6 years, but only have been following them seriously for 3 years. That being said, I watched each of these guys play, and, of the guys on this list, have had good conversations with Colabello and Hicks. The truth is, when the major league club struggles, like the Twins have, there isn't much between AA and the major leagues. That was kind of the theme of today's Rock Cats Hot Stove Luncheon.

Brad Steil, Twins Director of Minor League Operations, was today's keynote speaker. He was . . . very Minnesotan. Kind, soft-spoken. For instance, describing the 2013 Twins starting rotation, he said (not deadpanning like Terry Ryan or Gardy might), "we struggled a little bit." Not surprisingly, he's big into Byron Buxton, promising Rock Cats' fans that they will see the promising prospect at some point in 2014. Steil also noted that many believe Buxton has the best arm in the entire Twins' system. That's pretty impressive, especially when coupled with all his other tools. Other players Rock Cats' fans should expect to see in 2014: Kennys Vargas; Taylor Rogers; Matt Summers; Ryan O'Rourke; Reynaldo Rodriguez. Steil mentioned that about half of the 2013 team likely is returning this upcoming season.

One thing Steil said that annoyed me -- and he basically opened up his keynote with this: "We're not a big market team. You're not gonna see us handing out a $100 million contract." True statement -- yes and no. The Twins aren't big market like the Yankees or the Red Sox, but they sure as hell aren't small market, and I simply hate that Metrodome Mindset (did I just coin that?). Steil's larger point  -- which is true -- is that the Twins' talent comes predominately from the farm system, and that New Britain is arguably the most important stop on the path to Target Field. Bill Smith said the same thing 2 years ago regarding the importance of New Britain. I think it's mostly true. On the other hand, it kind of reminds me of when you go to a concert, and the lead singer says something like, "We love you, North Dakota! Fargo is our favorite city to play!!"

I have some breaking Miguel Sano news to report: There will be a Miguel Sano bobblehead at Rock Cats Stadium in 2014. Oh. You were looking for actual news, like about Sano's elbow or where the Twins will have him start in 2014?? I don't have anything related to that. In fact, apart from raffling off a Sano autographed picture, he wasn't even mentioned in this luncheon. It's clear the entire organization is holding their cards close on this issue. I'm going to be 100% shocked, even if Sano has a great Spring Training, if he starts 2014 in Minnesota.

A couple small takeaways from today's event: First, I think the Rock Cats will be better in 2014 than they were in 2013. I expect several of last season's Ft. Myers Miracle roster to be up in New Britain for a good chunk of this season. Those guys put up some pretty good offensive numbers. As always, though, the other key is going to be pitching.

Second, I think the both organizations are happy with the relationship in New Britain. The player development contract (essentially, the agreement the Twins and the Rock Cats have to partner as affiliates) is set to expire after the 2014 season. In June, 2012, the parties agreed to this current extension, but only for 2 years -- the minimum possible number of years. In those couple seasons, Smith has done essentially what he is hired to do: prepare talent for the next level. Yes, Hicks, Gibson, Arcia and others have struggled at the major league level, but that can hardly be blamed on the AA coaching staff. "They sure looked good when they were here," I recall saying. The other question is whether New Britain is happy with the relationship, or has better options. As I've mentioned before, the other regional teams (Yankees, Red Sox, Mets) are all locked into long-term player development contracts. Yes, there are other openings (Cleveland, Baltimore, Detroit, Giants) after the 2014 season, but it's tough to imagine what any of those organizations would offer New Britain that Minnesota wouldn't. Additionally, the Twins are pretty good about sending talent (Sano, Buxton, Arcia, Meyer, etc.) to New Britain, including players once or twice a season on rehab assignments. I'm biased, of course. I enjoy writing this blog, and if the Rock Cats component vanishes, I don't know ....

Finally, Chris Colabello. He drove down from Massachusetts (as did Ryan O'Rourke) to speak to the crowd. Both were funny, sincere and professional speakers. Colabello's speech reminded me how great his story was. 7 years in independent baseball. 7 years! He was 29 when he made his debut, and it took a perfect storm of success in the Independent League, a need in the Twins' system for organizational depth, Colabello's own dominance at AA and AAA, and a struggling big league team, for it to happen. Obviously, with Joe Mauer expected to play "150-160 games" at first base this season according to Steil, Colabello's future in Minnesota is uncertain, at best. But you know what? I'm not ready to write him off yet. He has come this far. For every Byron Buxton or Miguel Sano, there are literally hundreds of Chris Colabellos. And that might be the best part of minor league baseball. You just never know.