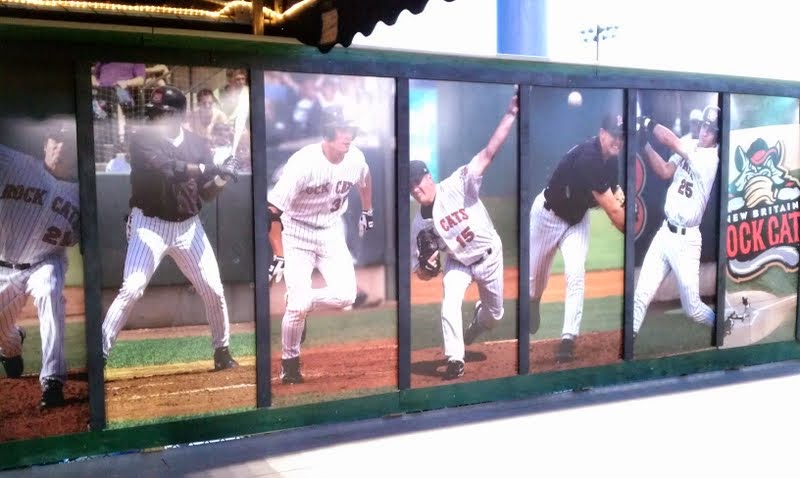 Close to two years ago, the Minnesota Twins and the New Britain Rock Cats extended their Player Development Contract -- the agreement that really is the "affiliation" between New Britain and the Twins, whereby the Twins send players and staff (and provide other things we don't really know about), which all takes place in New Britain. The agreement could have been for varying lengths of time, with 2 seasons being the minimum. For whatever reasons, the parties settled on the minimum 2 years. Now, here we are again, in basically the same position, wondering whether the Twins and the Rock Cats will again choose to extend their (seemingly) successful business partnership.

For the Rock Cats, I could see them potentially wanting to make a move at some point. There's a really good resource -- here -- for tracking player development contracts across all levels of the minor leagues. A quick look tells me that, in the Eastern League (where New Britain plays), there several player development contracts set to expire after this season: Cleveland; Baltimore; Detroit; San Francisco; and Minnesota. The first question -- do any of those franchises offer anything to New Britain that the Twins couldn't? Arguably Baltimore is somewhat close geographically, but I think they have a good thing going in Bowie, MD. The rest of the organizations are pretty much just as far away from the parent club as is Minnesota from central Connecticut.

As I mentioned a couple years ago, I think the story might be different if the Yankees, Red Sox or Mets had an opening. But that isn't the case right now. The Binghamton Mets (not surprisingly affiliated with the New York Mets) are locked up through 2016; the Portland Sea Dogs (Red Sox AA affiliate who happen to play in basically a replica of Fenway) are signed through 2018; and the Yankees for all intents and purposes own the Trenton Thunder (signed through 2022). In short, I'm not sure a substantially better partner exists for New Britain than the known entity they've been dealing with for a long time.

How about for the Twins? Why the hell do they want to stay in central Connecticut? Quite frankly, unless they want to relocate their AA team to a southern city (potential 2014 openings include Chattanooga, Huntsville, Jacksonville, Arkansas, San Antonio, and more), they're probably just as well off in New Britain. Though, it's fair to wonder if the organization sees any benefit to having High-A and Double-A in the same state, namely, Florida. It's not as if Jacksonville and Ft. Myers are neighbors -- it's about a 5 hour drive -- but there could be something to having half of the full-season teams within a reasonable drive.

Even if the relationship is extended (and I suspect it will be), I do think the Twins could do a better job at a few things. First, I'd like to see them occasionally send a legitimate player here on a rehab assignment (I'm not talking about Jason Marquis or Matt Guerrier). You'd be shocked at what it does for ticket sales and buzz, especially early in the season when drawing a big crowd can be tough. Naturally, most guys on rehab assignments go to Rochester, but once a season, just a few games in New Britain by a Willingham/Kubel/Arcia/Mauer would be great. Second, I'd like to see the Twins send a former player to New Britain every now and then for an appearance. The Rochester Red Wings do this, and I think it's a great idea (truth be told, I don't know who finances this -- the parent club or the affiliate -- but my point is the same). For example, a guy like Doug Mientkiewicz, a Rock Cats and Red Sox alum, could come for an evening (forget his day job for a minute). In short, I think there are opportunities for better cross-promotion that could be mutually beneficial.

But the Twins do a great job of keeping their top prospects in New Britain for a relatively long time. Aaron Hicks, Oswaldo Arcia, Miguel Sano, Eddie Rosario, Trevor May, Alex Meyer -- all come to mind. I'd even throw in to that discussion Kennys Vargas, who's on pace for close to 30 home runs this season. And guess what -- Sano, Rosario (both for the second time), and soon-to-be-AA-player and consensus #1 prospect Byron Buxton, will all be Rock Cats players in the near future. And the pipeline is rich -- guys like Jose Berrios, Kohl Stewart, Niko Goodrum, etc., are on the way up. If the Rock Cats choose to terminate their relationship with the Twins, it won't be because of minor league talent. In the end, I envision New Britain and the Twins agreeing to extend their agreement. It makes sense, I don't see other, better alternatives, and the parties seem to have a good working relationship.

The Emergence of Kennys Vargas

Without a doubt, the New Britain Rock Cats' most valuable offensive player this season has been Kennys Vargas. Vargas, a 23 year-old switch-hitting first baseman (destined to be a designated hitter), has been on our radar for some time, but has always been considered a work-in-progress. Yes, the raw power was always there, but the limited defensive ability, large strikeout totals and inconsistent spells kept Vargas off of some Twins top prospect lists.

After a brief adjustment period, Vargas seems to have figured out AA hitting. He boasts an impressive .304/.380/.528 line (a .908 OPS), with 7 home runs, 7 doubles and 22 RBIs in 142 plate appearances. More importantly, though, he has 23 strikeouts and 15 walks. Last season, Vargas struck out 105 times in 520 plate appearances (a 20.2 strikeout percentage). This season, the 23 Ks in 142 plate appearances constitute a 16.2 strikeout percentage. Yes, we are still in the part of the season where some may attribute this to a small sample size -- and perhaps that's somewhat warranted -- but Vargas' decreasing strikeouts are noteworthy. Over his last 10 games -- to make that sample size even smaller -- I calculate a 13.6 strikeout percentage. Vargas' walk rate -- 10.6% this season -- is up just a tic from last season (9.6%). Long story short, Vargas is putting more balls in play because he's striking out less often, while walking at roughly the same pace. As Brad Steil, Twins' Director of Minor League Operations recently said -- with the requisite Twins modesty -- "Vargas has come on the last couple weeks."

And those balls in play -- well, let's just say that Vargas' power tool is well defined. One thing that impresses me about Vargas is that he can hold his own from the both sides of the plate. This season, for example, he has 4 doubles and 2 homers from the right side of the plate (43 at-bats), coupled with 3 doubles and 5 homers from the left side (82 at-bats). So often, switch hitters are much, much better from one side, and merely adequate from their less dominant side. Can Vargas eventually bring to the Twins a power threat from both sides of the plate? If that's Vargas' ceiling, count me as a fan.

What impresses me most about Vargas' production this season is that he's doing it in a lineup that's largely barren of threats. Yes, Reynaldo Rodriguez, Danny Ortiz, Nate Hanson and Matt Koch have been dependable, but for other portions of his career, Vargas has batted in the same lineup with the likes of Miguel Sano, Byron Buxton and Eddie Rosario. In other words, he's missing another power threat, and guys with elite on-base and hitting skills. So what Vargas has done thus far in 2014, he's doing without tons of assistance. Vargas will likely play all of 2014 in New Britain. I'm excited to see what happens in a few weeks when Buxton joins the team, and then a little later, when Rosario is eligible to play. What has been a somewhat drab lineup suddenly will become exciting again. And I believe that there's tremendous value to having those 3 key players hit in the same lineup together in the minors.

A few things to keep an eye on this season for Vargas: Can he keep those strikeouts down? A change in the right direction of 4-5 percent is huge. Can he keep that average near .300? 2013 was his first season since 2009 where he batted under .300 -- .267, in fact. Finally, can he demonstrate the ability to hit good pitching from both sides of the plate?

Time will tell, but 2014 has been encouraging thus far for Vargas.
Posted by Andrew at 11:12 PM No comments: