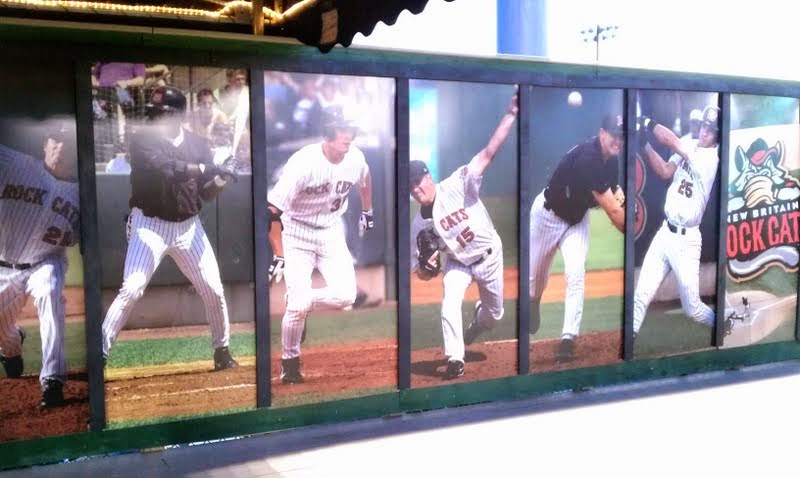 You've probably heard the news by now that the Twins are out, and the Colorado Rockies are in, as New Britain's class AA affiliate. It's been a strange few months here in Connecticut on the baseball and political fronts, culminating with yesterday's news.

Back in June, Rock Cats managing partner Josh Solomon triumphantly (and surprisingly) announced from the steps of Hartford City Hall that the Rock Cats would be moving from their longtime home of New Britain to a brand new stadium in Hartford, effective for the 2016 season. That announcement shocked many, including the entire New Britain community, who apparently had been left in the dark and were at no point appraised of the fact that the new Rock Cats owners were negotiating with other parties with the goal of leaving Hardware City. I'll be honest -- I would go so far as to call Solomon's behavior arrogant. But the plans for the stadium were nice, and if you accept the fact that the team's owners were going to leave Connecticut for another city if they could not get a deal in Hartford (I don't), well, then I guess it's better to keep AA baseball in Connecticut than to let it go. When Solomon made this announcement, he indicated on the radio that the Twins were aware of and supported the move, though they had no part in the negotiations. My, how things changed in 3 months.

The new stadium deal, however, has become a disastrous headache, and was not, as Hartford's mayor stated during that initial press conference, a "done deal." Hartford, like many other cities, doesn't have much money to spare. So when news broke that the city of Hartford would be financing part of the stadium through about $60 million in bonds, many bristled at that idea. Solomon and Hartford's mayor had a lot of explaining to do -- not just for the financing of the stadium, but for their purported secret negotiations to get out of New Britain. Here's a good read on that subject.

Now, we're at the end of September, and there still is no stadium deal in Hartford. After a request for proposal process, the mayor's office reviewed 3 different stadium plans, and selected 1 plan to forward to Hartford's city council. That plan is interesting in that it includes much more than just a ballpark. Specifically, a brewery (with brewpub and outdoor patio), a grocery store, and commercial and residential development are all part of this comprehensive plan. The financing is very complicated, so I'll condense it to one sentence: the city of Hartford still will be paying millions of dollars to partially finance this project -- it just is not bonding the money. In fact, when all is said and done, it could be just as expensive as that initial $60 million figure that was floated under the original proposal. The new proposal has not yet been fully vetted by the council, and I have no indication that it will be approved any time in the near future.

So where does that leave the Twins? Well, you know by know that it left them in Chattanooga, Tennessee. A minor league player development contract (PDC) is for a minimum of 2 years. 2015 is the last season under the Rock Cats' lease with the city of New Britain (the city owns the ballpark), but 2016 is, as you get by now, uncertain. I'm not sure how the Twins could have signed a 2 year deal for a facility that hasn't been built, and the details of which haven't even been agreed upon. I can hardly blame the Twins for exercising some caution. As you can read here, the Twins also reportedly had concerns about the quality of the playing field in New Britain (not the first time I had heard that) and the team's travel schedule. The Colorado Rockies, however, were apparently happy to come to Connecticut.

So where does his leave the Rock Cats? Well, they're lucky to have a team. There's no real penalty possible -- if no one voluntarily affiliated with them, baseball would have assigned them a team. But I think Colorado could be a good fit. They're similar organizationally to the Twins, and of course we'll get to see Justin Morneau or Michael Cuddyer on a rehab assignment next season (hopefully not, actually). But here's my sneaking suspicion, which I have long harbored: the Rock Cats' owners eventually want a local team. The New York Mets' affiliation in Binghamton is up after the 2016 season. If that doesn't get renewed, I look for the Rock Cats to team up with the Mets. It makes tons of sense. Perhaps that's why the Rock Cats-Rockies deal is only 2 years.

Most importantly, where does this leave me? First, a little disappointed. The Rock Cats were a great tie to Minnesota for me. The Rock Cats were my niche. The Rock Cats were my hobby. The Rock Cats grew to comprise probably 75% of this blog at times. I'm especially bummed I won't get to see Buxton, Sano (again), and several others come up next season. But, as you know, I've had a tough time writing on the team this past season. Between work and life, I couldn't get out to the ballpark nearly as much as I wanted to. I'll still go to Rock Cats games now and then. I'll be excited if they open a new stadium in Hartford. But that's about it. As of today, I think I'll still cover the Chattanooga Lookouts "from afar" to the best of my ability. We'll see what I can come up with.
Posted by Andrew at 8:58 PM