Do the Twins Need to Hire a Sports Psychologist?

Much has been made over the past year or so of the physical injuries suffered by the Twins, especially injuries to Joe Mauer, Justin Morneau, Denard Span and, to a lesser extent Francisco Liriano. All of these players had a tough time staying in the lineup last season, and we are hoping for better health this year. But that might only be half the battle.

In yesterday's Spring Training game, for example, Liriano was perfect for two innings (striking out three), then imploded in the third inning, giving up four runs very quickly. "I started rushing like I always do," Liriano was quoted as saying. He also stated, "I can't get mad at myself like that." 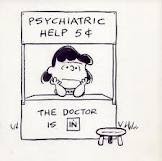 Then there's Mauer, who hit 28 home runs in a shortened 2009 season, and who has hardly hit any since then. It's abundantly clear that the not-so-friendly confines of Target Field have gotten in his head. I can scarcely remember Mauer pulling a ball in Target Field that even looked close to becoming a home run; rather, it seems that has become a singles and doubles hitter, with the occasional home run (on the road, no less). Would this change have occurred even if the Twins had stayed in the Metrodome, or was this brought on by Target Field? Or was it some combination in between?

Finally, Span and Morneau are both recovering from concussions. The pair has been playing hard all spring, and despite the fact that Span sat out the last couple games with neck pain, there has been no indication that either is suffering from post-concussion symptoms -- right now. But you have to wonder what's going on inside their heads. We all know, because Morneau told us, that he is essentially one injury away from retiring. Span, though younger and with less of a history of concussions, has had a tough road to recovery, as well. Certainly, these players -- arguably the core of the Twins -- are thinking about more than balls, strikes, and what restaurant they're going to after the game.

As far as I can tell, the Twins do not employ a full-time sports psychologist. A computer search reveals a few websites for professional sports psychologists that have consulted with the Twins. The Twins website listing their front office personnel notes four physicians: two orthopedic surgeons, and two preventative/occupational medicine specialists. There are also two trainers and one strength and conditioning coordinator. It appears that the physicians all have their own individual practices, which is no surprise, but as far as I know, the trainers and strength coordinator are full-time Twins employees. In other words, there are seven professionals on the Twins' payroll that deal exclusively with the body, but not one that is trained in dealing with the mind.

Might it be a good idea to staff a full-time sports psychologist for this team? I can't see the harm. We have a would-be ace pitcher who is consistently inconsistent and gets too amped up, even for Spring Training games; a former MVP whose power has taken a nosedive after his team moved stadiums; and two very good players that are enduring a difficult physical and mental period. Granted, these players are all multi-millionaires, represented by premiere sports agencies, and have, at their disposal, access to first rate medical care across the globe. But just maybe, when the team is on the road, say in Kansas City, and it's two in the morning, and Morneau can't sleep because something is plaguing him, might it not be useful for the Twins to have a trained and experienced professional sports psychologist just down the hall at the team hotel? Or, think about Liriano, pitching in an important nationally televised game against the Tigers in August, with the Twins just two games back in the division. It's a situation where, if history is any indication, Liriano might be too amped up to be successful. Having someone on staff -- someone that can talk about something other that sliders, shoulders and arm angles -- seems potentially valuable to me. For all the money the Twins have spent on player payroll, and even on insurance for certain player contracts, it might be beneficial to bring a psychologist into the fold.

What do you think? As always, I'm happy to hear your thoughts.
Posted by Andrew at 9:05 AM