If You Could Undo a Recent Twins Move, or Make a Move that the Twins Failed to Make, What Would It Be?

I try to be a (mostly) practical Twins fan. I knew the Twins would never go after Albert Pujols. Last year, I wrote that I thought that Jose Reyes would be a good fit at shortstop, but realistically knew that the pieces would never fall into place for him to come to Minnesota. And, now I'm optimistic about Brian Dozier. Sure, I guess it's fun to dream (and even write) about those big free agent signings every now and then, but that doesn't seem, for a Twins fan, to be a very productive use of time. 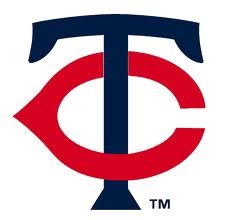 For 2012, the Twins seemed very locked into the $100 million payroll. I'm not by any means fine with that, and have serious concerns about the starting rotation and the bullpen. But I'm more or less at piece with it: the payroll, and the team, are what they are, and there's nothing I can write that would have made Terry Ryan make a push for, say, C.J. Wilson (though, I'm not sure that Wilson will be worth what he got from the Angels, anyway), or Mark Buehrle.

But because we're fans, and we don't have to live in the here and now in the same way that Terry Ryan, Rob Antony and Ron Gardenhire do, I want to pose a question: If you, as General Manager for a day, could UNDO any one move made by the Twins in the last few years, or MAKE a move that the Twins failed to make, what would it be? I'm thinking about player acquisitions, letting certain free agents depart, picking up or declining options, trades that shouldn't have been made -- that sort of thing. But be creative. And, extra points if you explain what you would have done instead. It's easy to criticize, but often is difficult to find alternative practical solutions.

Here's mine: The Twins should have traded Francisco Liriano last year at this time, perhaps to the Yankees. Andrew Marchand at ESPN reported that Brian Cashman's offer to the Twins was Ivan Nova and Ramiero Pena for Liriano, and he suggested that the Yankees may have thrown in Joba Chamberlain to make a deal. A year ago, I was against the trade, because I, along with most of Twins Territory, was viewing Liriano as our de facto ace going forward after his very solid 2010 campaign. Well, with the benefit of hindsight, it might have made sense to sell high on Liriano -- especially if the Twins don't have much of an interest in extending his time with the team past 2012. Now, it seems that, either Liriano will have a good year and very well may price himself out of the Twins' range, or he will have another year of a 5-something ERA, and the Twins will be able to replace that spot in the order with many cheaper, and perhaps in-house, options. And Liriano will become a free agent after 2012, so the Twins will gain nothing if they let him finish the year in Minnesota and have no interest in re-signing him,

I'd be happy to hear your ideas in the comments. Thanks for reading!

[Update: I posted this same piece at TwinsDaily, and the responses were great.]
Posted by Andrew at 8:35 AM